In this tutorial, we will create a new OpenCV project in Android Studio. Since you have everything downloaded already, we are ready to move on. By the end of this tutorial, you will have a new project set up, which you can use to build your projects upon. So lets do some CV!

Note: This tutorial has been tested on Android Studio 1.5 and 2.0

In short, the steps are, (2) Create simple project. (3) Import OpenCV SDK as a Module in Android Studio. (4) Set OpenCV Version. in Project (5) Fix Library association in project. (6) Done! Now actual OpenCV code can be written in future. The longer and detailed guided tutorial is given below.

This concludes this tutorial. You are now ready to start making your own Android Studio Project that consists of OpenCV SDK features limited only by your imagination. In the next tutorial, I will SHOW CAMERA on android app screen using OpenCV. Make sure that you read it. Do not forget to SHARE this post and write your opinions, ideas and views  in the  COMMENT  section below. 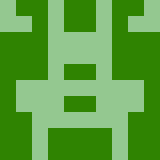 Codeonion contributes to the honorable mission of “helping people learn and earn online”. Whether your day job is creative or not, life is better when you learn and apply creative skills regularly. To do this is satisfying in its own right and a practical investment in your future.

52 replies on “Creating a new OpenCV project in Android Studio”

Hi, despite following your instructions to the T, I am unable to add the OpenCV library as a module dependency in Android Studio 3.4.1. Reply to me ASAP so I can get this issue fixed

Hi, I followed the tutorial exactly as it says, and i’m using android studio 2.3. When I try to run the project it gives a “Cannot resolve symbol R” error and i’m unable to fix it.
Please let me know of a solution as soon as possible.
Thank you

Hi, first of all, great tutorial, but I got a few questions…
1) Is the OpenCV library a “native” library?
2) Does it already have a CMakeLists.txt build script? or does it use ndk-build and includes an Android.mk build script?

Please respond ASAP, since I’m building an android app that can measure objects automatically, and I know OpenCV is one of things I need to do that

When will be the next uploads? this thread is so helpful 🙂

Thanks . The way you guided us was very nice 🙂

Thanks a lot,You saved my day.Please post more.Please i am not able to run in my emulator.
God bless you.

Thanks a lot,you rock.Please continue sharing your knowledge,.God bless you.Please clear my doubts.Will this run in emulator or directly i have to run in my device.Thanks in advance

I suggest you try on an actual Android Device. Because, then you will be doing everything for the right product.

Thank You SO much. I literally searched the entire web for something like this>

Thank you very much for your kind words. My happiness level for you infinite.

this tutorial is one of the best and simplest explanation to run.. thanks a lot mate

It was a pleasure for me. I am glad it helps people.

When I try to import module I get “select modules to import” and it will not let me import the java folder in opencv sdk.

Try to write the path in the field manually like ..

I hope it solves the issue and lets you proceed. If not, then let me know.

had the same error: check if your sdk folder is sane. Download again if it’s not

Thank you ! it was very helpfull

i followed your tutorial but when i perform the last step that is project structure and add module. no errors are removed. please tell me what to do

I know when that happens. I myself was making a new project and it was missing something.

See, it can be missing libraries or gradle or something I can’t know.

Try to redo the entire process. It will work fine 🙂

If there was any unclear point in the tutorial, then let me know. I will update and make it more clear to understand 🙂

Hi! That’s a good article! I’ve been looking for something like this sometime ago. And I found this one: http://blog.zaven.co/opencv-in-android-studio-project/ It is really good and it was so helpful. Maybe it can be useful for you or other users as well.

Hello!
Followed your tutorial, but when i got to ‘run’ my program i got an exception once again which says:
java.lang.UnsatisfiedLinkError: Couldn’t load opencv_java310 from loader dalvik.system.PathClassLoader[…]
This is the exception i always seem to run into, i’ve tried to install opencv with all methods i could find on the net, but this exception keeps popping up, and i don’t know why, since opencv is where it is supposed to be and arrrghh

Any help would be appriciated!
Thanks

Are you using NDK?

I wasn’t, now I installed it through the android studio, but it didn’t seem to fix the problem, maybe this is part of the reason why my app doesn’t seem to work, i wonder how many of these obvious, and stupid mistakes i made.

Thanks for the answer though!

Welll…. Guess what, I’ve had these lines in my code: “static{
OpenCVLoader.initDebug();
System.loadLibrary(Core.NATIVE_LIBRARY_NAME);
}”
since i had these in my original file, but it seems , that they caused these issues, without them my app runs just fine…

Thanks once again!
Btw awesome tutorial, really like how you made gifs for well… not-so-clever-people… like me 🙂

Thank you for posting this. I have a lot experience with OpenCv with python wrappings but trying to move over to making a simple android app was driving me insane. All the tutorials, even on the OpenCV site still show how to do start working with Eclipse IDE. The even without the animated gifs this tutorial was a god send. The animated gifs was just added butter.

Thank you very much. I am very happy to read this. So much positive energy that I can’t comprehend.

Hello,
I need to put the minSdkVersion 9 is this a problem does it affect the openCV functionalities??

It will prevent you from using latest android functions. OpenCV will still be providing you the latest functionalities. You can go ahead and try it.

Just make sure that version numbers match in both gradle and downloaded version.

Be sure to check out the next tutorial to show camera on your phone.

I followed these steps in Android Studio 2 and OpenCV 3, it worked. The only thing that I have done differently is the buildToolsVersion in “build.gradle(Module: app). I downgraded to:
buildToolsVersion “23.0.2”
This is so that build errors are fixed. Thanks for this good posting.

Thanks for reading. I am glad you fixed it 🙂

Thank you! I finally after two days of struggling managed to install it. When will you publish new articles? 🙂

Teresa, I am glad that it worked. I will be writing more on OpenCV for Android tutorials very soon. Let me know what you wish to see and I will see what I can write about it 🙂

Well, I have a question- after following your tutorial I tried to import some samples to a project and encountered some difficulties… Did you try out samples from openCV or you started with your own programs? 🙂

I just wrote the next tutorial in the series, it is about implementing the sample into the same project.

You can find it HERE

Now that you have mentioned about the difficulties, I will now implement every sample one by one.

When will your camera app be ready?

Thanks for this tutorial, you helped a lot seriously speaking

Thanks for your kind words, they mean a lot to me 🙂

I’ve a problem at the point 5, after I click ok.
The grandle not sink because I’ve the error

Error:Configuration with name ‘default’ not found.

How do I resolve it?

Amazing tutorial that worked!! Many thanks!!

I am happy that it is useful to you :). May you be successful!

good tutorial, it saved my day

I am so glad that it helped. Thanks!

Thank you for the kind words, it means a lot to me 🙂

The next tutorials will cover more concepts of OpenCV on Android 🙂

Gracias, Thanks for writing so clearly.

Thank you! It meant a lot!

i guess you saved me from a few painful hours!

As somebody once saved mine 🙂

Thanks for the kind words. I will be making more 🙂

This site uses Akismet to reduce spam. Learn how your comment data is processed.